Well the mighty hunter is busy, but wants a report written!  We had a great weekend at two churches here in Wisconsin.  We also received a special blessing when friends arrived that had driven 3 hours to encourge us with their presence! We first met the Walkers when they visited us in Scotland in August of 2010.  They have been a blessing ever since!  Last evening we were able to serve in the church Benjamin's brother and family attends.  They have also hosted us, so there is lots of cousin time for the children.

Now for the drum roll......after just 5 minutes of hunting on opening day, the Lord sent a ten point buck Benjamin's way that he was able to shoot. We had a very happy hunter and a house full of 10 excited children!  This was a much awaited weekend, and God gave the prize! 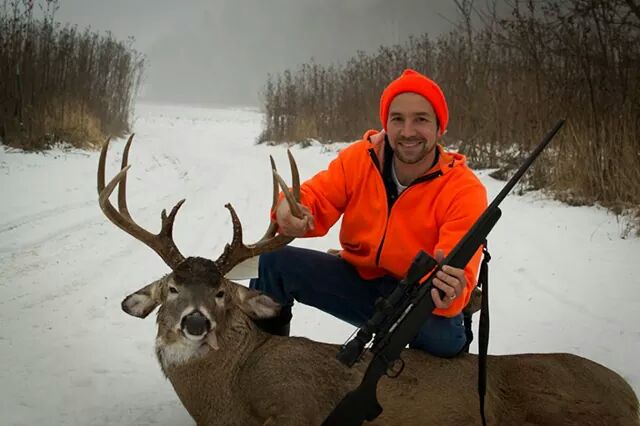